Is There GMO Canola Oil? 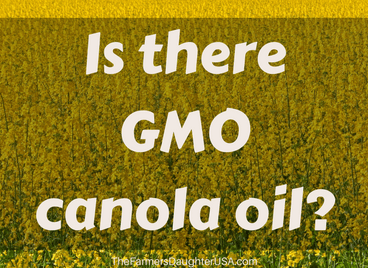 In the 1960’s, Canadian scientists used traditional breeding methods to develop a variation of rapeseed without some of the more undesirable characteristics. The result was canola. A canola crop, which can be quickly identified by its pretty yellow flowers, produces pods containing seeds. These seeds are about 44% oil and are used to create canola oil. It is primarily grown in the United States, Canada, and Australia, although there is a worldwide demand for the hearty-healthy product. (Source: U.S. Canola Association)

My name is Amanda. I’m the proud daughter (and sister!) of conventional farmers in Southwest Michigan. I’m also a practicing attorney. For 26 years, my family ran and supplied a roadside market selling our own fresh fruits and vegetables. We now farm corn and soybeans.

Unfortunately, misinformation about food and agriculture is pervasive these days. My goal is to help educate consumers about conventional farming and give people a glimpse into how our food is raised and why certain production methods are used.