Plant bugs are now becoming active in alfalfa fields across the state. A common question we receive from producers is why some of these bugs looks so different from others. There are actually three different types of plant bugs that commonly appear in alfalfa fields: meadow plant bugs, Lygus bugs (aka tarnished plant bugs), and alfalfa plant bugs. Please note that not all plant bug species pose a threat to alfalfa production, making it important to be able to identify them correctly. 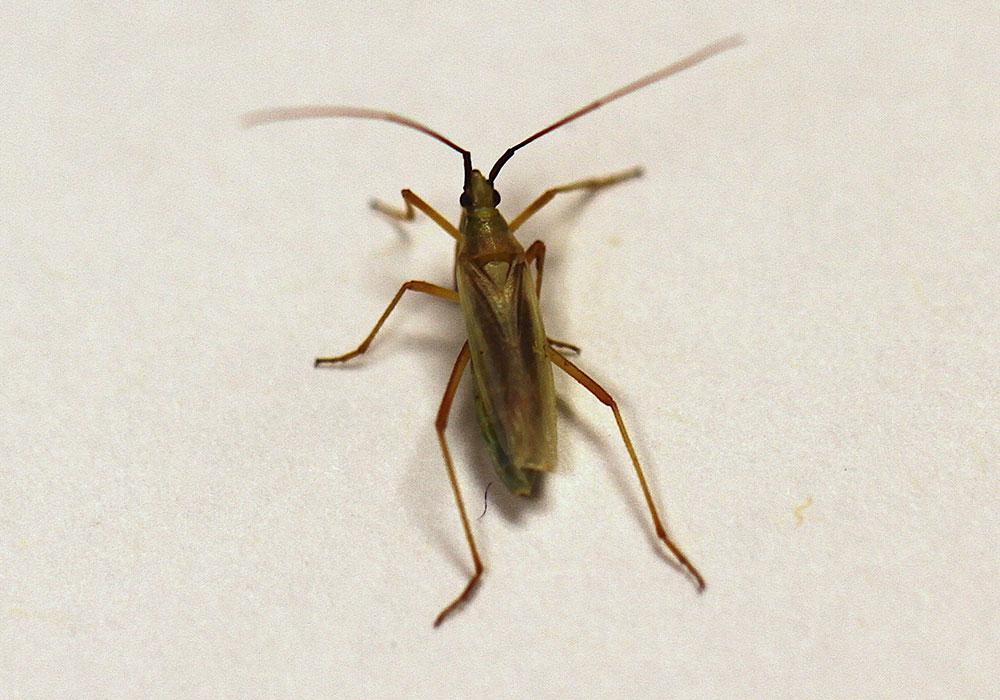 As their name suggests, meadow plant bugs are commonly found in grassy areas. One way to distinguish them from other plant bugs is by their long, narrow bodies (Figure 1). Adults are about 1/3 of an inch long and can be yellow to dark brown in color. They exhibit wing polymorphism, meaning that their wings can be either long or short. The nymphs, or immatures, look similar to the adults except they are smaller and without fully developed wings.

Meadow plant bugs prefer grassy areas that are undisturbed by grazing, such as hay fields and road ditches. They are most abundant along field edges but may travel further into alfalfa fields that contain a mixture of grasses. It is usually unnecessary to manage meadow plant bugs because they primarily feed on grasses and have little to no impact on alfalfa plants. However, grazing or burning heavily infested fields can be effective at reducing their populations. 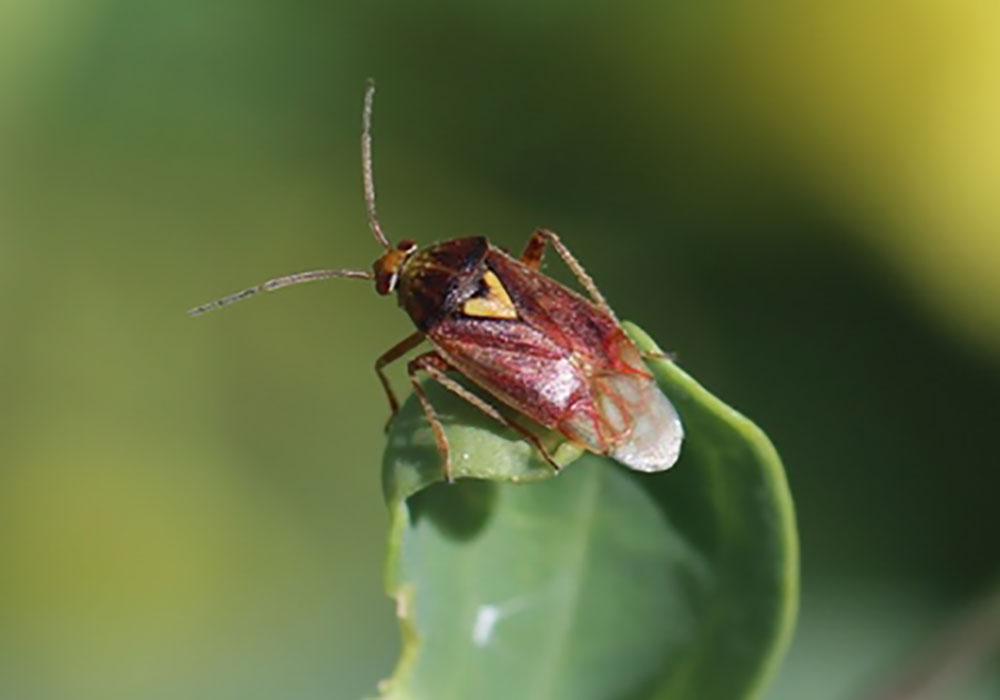 Lygus bugs, also called tarnished plant bugs, include several species that feed on a variety of legumes, including alfalfa. Adult Lygus bugs are green to brown in color with a distinct white triangular mark present on their back (Figure 2). They are approximately ¼ of an inch long and have the end of their bodies bent downward. Nymphs are light green in color and have wing pads present instead of fully developed wings.

Both adults and nymphs feed on the growing points, buds, and flowers of alfalfa plants. Alfalfa that is used for forage purposes can usually tolerate feeding; however, stunting can occur if Lygus bug populations become high. To scout for Lygus bugs, use a 15-inch diameter sweep net and conduct a series of pendulum sweeps throughout the field. Insecticide treatment may be warranted if populations reach 40 or more bugs per 10 sweeps (this includes nymphs and adults). 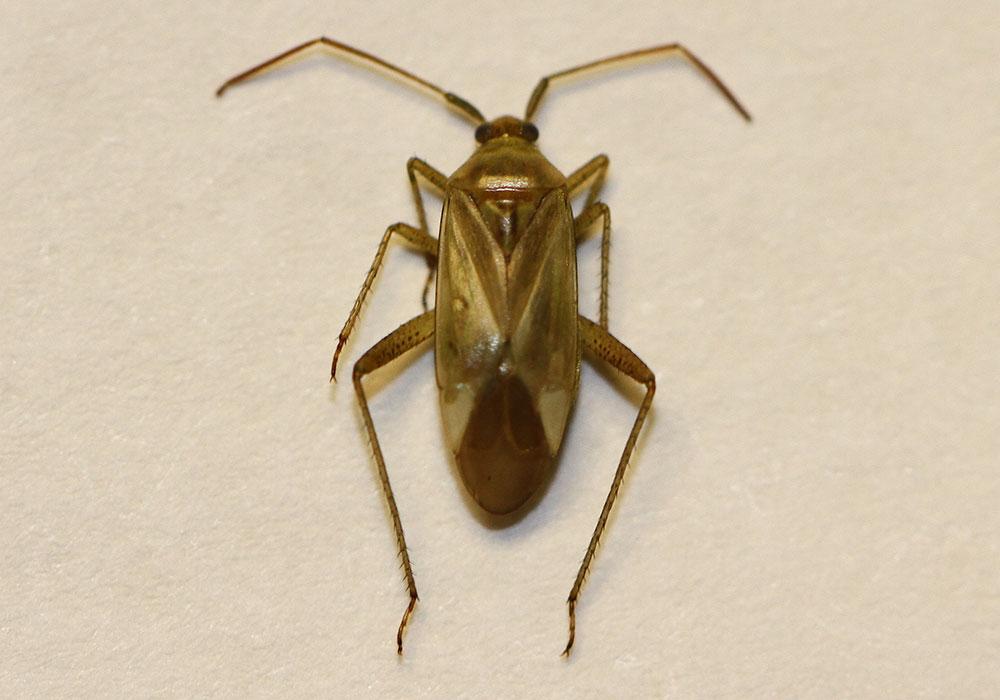 Alfalfa is a primary host of the alfalfa plant bug, making this insect a pest to watch for. Adults are approximately 3/8 of an inch long and pale green to brown in color (Figure 3). They are nearly twice the size of Lygus bugs, although the two can sometimes be confused. Nymphs are small, bright green in color, and do not have fully developed wings.

Similar to Lygus bugs, alfalfa plant bugs feed on the leaves, buds, and flowers of alfalfa plants. This feeding injury can lead to stunting and reduced forage quality of the affected crop. A sweep net can be used to scout for alfalfa plant bugs. Management is recommended when populations reach about 20-30 bugs per 10 pendulum sweeps (this includes nymphs and adults).

For a list of insecticides currently labeled for plant bugs, refer to the 2019 South Dakota Pest Management Guide: Alfalfa and Oilseeds. Check under the products approved for use on Lygus bugs.